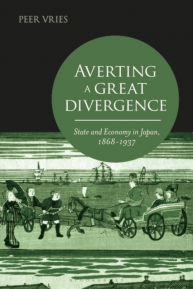 The most significant debate in global economic history over the past twenty years has dealt with the Great Divergence, the economic gap between different parts of the world. Thus far, this debate has focused on China, India and north-western Europe, particularly Great Britain. This book shifts the focus to ask how Japan became the only non-western county that managed, at least partially, to modern… ize its economy and start to industrialize in the 19th century. Using a range of empirical data, Peer Vries analyses the role of the state in Japan's economic growth from the Meiji Restoration to World War II, and asks whether Japan's economic success can be attributed to the rise of state power. Asserting that the state's involvement was fundamental in Japan's economic 'catching up', he demonstrates how this was built on legacies from the previous Tokugawa period. In this book, Vries deepens our understanding of the Great Divergence in global history by re-examining how Japan developed and modernized against the odds.