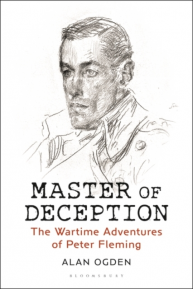 Master of Deception is a biography of Peter Fleming, elder brother of Ian Fleming, creator of James Bond. Peter Fleming worked as a travel writer and journalist, serving with distinction throughout World War II and played a crucial role in British intelligence operations in the Far East. This biography ranges from the personal life of Fleming such as his marriage to Celia Johnson, a famous actor o… f the time, to his extensive military intelligence career which took him from Norway and Greece to the Far East. Framed through the life of Peter Fleming this book offers an in-depth study of British intelligence operations in the Far East during World War II.