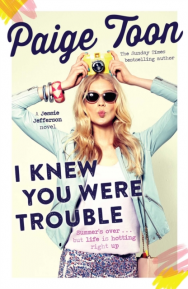 Sunshine, rock gods, and Hollywood heartthrobs! Jessie Jefferson is back in the next installment from bestselling author Paige Toonperfect for fans of Holly Smale's Geek Girl, the Jessica Cole series, and Zoe Sugg's Girl Online.Life as the undercover daughter of a rock god isn't going to be easy. How will Jessie adjust to her old boring life again after spending her summer living it up with her da… d in LA? With tough decisions ahead (and not just choosing between two hot boys), can she cope juggling her two very different lives? Summer may be over, but Jessie's story is just beginning

Other eBooks releases by Paige Toon