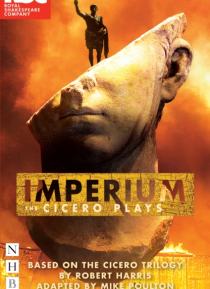 Cicero, the greatest orator of his age, devotes all his energy and cunning to preserve the rule of law, and defend Rome's Republic against the predatory attacks of political rivals, discontented aristocrats, and would-be military dictators.Imperium is a backstage view of Ancient Rome at its most bloody and brutal, told through the eyes of Tiro, Cicero's loyal secretary.Adapted by Mike Poulton from… Robert Harris's bestselling The Cicero Trilogy, it was premiered by the Royal Shakespeare Company in Stratford-upon-Avon in November 2017 in an epic event comprising six plays presented in two performances.

Other eBooks releases by Robert Harris