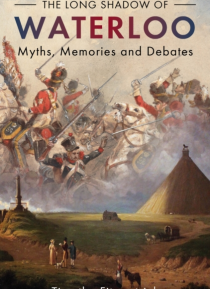 The Long Shadow of Waterloo explores how Waterloo was remembered by the various nations involved, including the French, British, Germans, the influence it had on these nations (and others, including the USA) and how this changed over the 100 years following the battle.The Battle of Waterloo ended a century of war between France and Great Britain and became a key part of their national identity, se… rving their political needs as the battle was refought throughout the 19th century in politics, books and art to create the myth of Waterloo. For Great Britain, Waterloo became a symbol of British hegemony while the multinational contribution to the battle was downplayed and for France it was remembered as a military disaster. Through looking at the history of the battle over the battle's significance in history, an insight is gained into how cultural myths and legends about a battle are made. Wellington and Napoleon both tried to shape the memory of the battle to their advantage. Wellington propogated the myth that the British won despite being outnumbered by a huge French army, while Napoleon chose to blame his subordinates for the loss, in particular Emmanuel de Grouchy. Grouchy spent the next 60 years struggling to defend his honour, claiming that Napoleon's account of the battle written during his exile at Saint Helena was imaginary and intended to cover Napoleon's own mistakes during the campaign.This book covers the battle's influence on figures such as Jomini and Clausewitz, military theorists who wanted to find the objective truth of Waterloo and use it as a guide for future wars, as well as Victor Hugo (and Les Miserables) who challenged the myths of battle to transform it into a win for France from which the Republic would emerge. The way Waterloo was used for entertainment is also explored, as battlefield tourists came from all over the world to vicariously experience the legendary battle through visualisations such as the travelling panoramas in England and poetry of Sir Walter Scott.